Fans of Gerard Butler have reportedly dedicated a toilet in a store in Michigan to the actor after he relieved himself there. 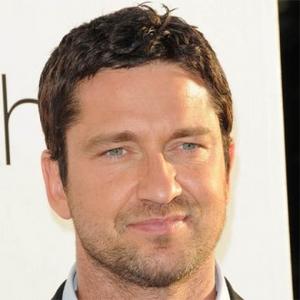 Gerard Butler has his own shrine - in a public toilet In America.

The 'Bounty Hunter' actor has become so popular in Melvindale, Michigan, that a local store is giving tours around the bathroom, because the Scottish hunk once relieved himself there.

A source told National Enquirer magazine: "Turns out the place where the locals go to have a brush with fame is located in the back room of the Ace Sprinkler Company - and it's the store's one and only toilet! Gerard, who's in the Detroit area shooting 'Machine Gun Preacher', stopped to the use the restroom one day and later posed for pictures with the owner's two daughters. Once he went back to work, the gals invited all their friends to take a tour of the place where he relieved himself, and it's been the talk of the town ever since!"

Gerard is not the only celebrity to find fame in a toilet.

'Inception' actor Leonardo DiCaprio recently had to hide in a public bathroom after soccer fans watching the World Cup in South Africa saw him pop into the room.

The toilet cubicle was suddenly inundated with members of the public desperate to catch a glimpse of the star.