Gerard Butler felt he had to give romantic comedies ''a go'' after making his name in action films. 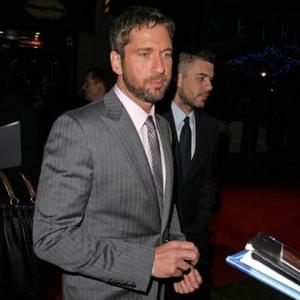 Gerard Butler felt like he had to "have a go" at romantic comedies.

The Scottish actor initially rose to fame after starring in action film '300', and he admits his later dalliances with films including 'The Bounty Hunter' and 'The Ugly Truth' were done because he wanted to make sure he tried everything.

He said: "You have to have a go don't you? Nothing ventured and all that. I could have stuck with being Mr. Action Guy but I went and did a kids' movie, 'Nim's Island' and then a bunch of romantic comedies and 'Law Abiding Citizen', a taut thriller about a serial killer with Jamie Foxx.

"The way I was thinking was, 'OK, I'm doing pretty well in action movies, so let me see how high I can go in drama or romantic comedy."

Now starring in heavy-hitting movies such as 'Coriolanus', Gerard admits he is in a "wonderful" position.

He added to Red Bulletin: "Let's say I'm not at all sure if I am Hollywood's hottest British actor, but - and this is the lawyer In Me talking - for the sake of argument, let's just suppose for one moment that it is the case and if so I'd say, it feels pretty bloody wonderful."

To read the whole interview with Gerard Butler visit www.redbulletin.co.uk