Gerard Butler is dating model Sarah Carroll after hooking up at the Los Angeles premiere of his new movie 'Machine Gun Preacher'. 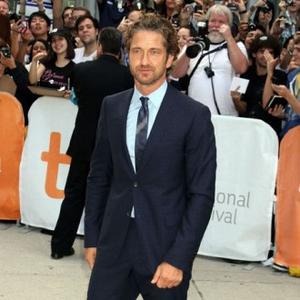 The handsome actor hooked up with the beauty at the Los Angeles premiere of his new film 'Machine Gun Preacher' last week and sources claim they were smitten as soon as they laid eyes on each other.

One told Life & Style magazine: "Gerard and Sarah met at the premiere for his movie Machine Gun Preacher at the Chateau Marmont in LA on September 21. She spoke to him and he Charmed her. It was love at first sight! They had a hot hook-up after the after-party."

And it seems Sarah is not keeping quiet about the romance, tweeting the day after: "Um. Gerard Butler just hugged me. Called me a good friend. AND invited me to the Chateau. Die twice. (sic)"

This is not the first model Gerard has been linked to in recent weeks.

Earlier this month, he was spotted kissing Australian beauty Nicole Trunfio at the V magazine fashion party in New York.

A source said: "As soon as the two met, they were inseparable. They were kissing in a corner booth. They left the party together but got into separate cars."

The Scottish-born actor - who has had to call in extra security after receiving death threats over his latest movie - has previously been linked to Jennifer Aniston, Ashley Green and Jessica Biel.