Gerard Butler was surprised to see how small his pet pug dog Lolita is compared to him when he first saw paparazzi photos of them together. 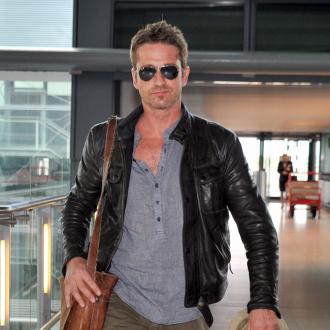 Gerard Butler was shocked to see how small his dog is in comparison to him in paparazzi pictures.

The 44-year-old actor adopted adorable pug pooch Lolita after falling in love with her but he accepts his pet doesn't necessarily fit in with his manly persona.

dog, he said: ''It's weird because I never thought of it that way. I saw this little dog and fell in love with it and adopted it. And then, when I saw the first paparazzi photos she barely comes up to my ankles. And it's like, 'What are we doing together?'

Although he has found a dog to love, Gerard can't find a lady to share his life with, recently admitting he is ''sadly'' single and hasn't met his ''princess'' yet.

''Or maybe I have and she might come back into my life at some point. You should never rule out anything. But am I seeing the one now? The answer, sadly, is no.''