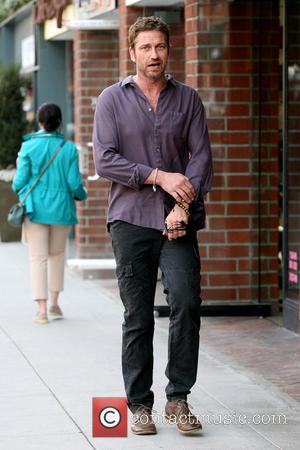 Scottish actor Gerard Butler is suing producers behind his ill-fated film Motor City over allegations he wasn't paid for the failed project.

The thriller, which was set to co-star Adrien Brody and Mickey Rourke, was called off by executives two weeks before the shoot was due to begin last year (12).

The 300 hunk allegedly signed a 'pay-or-play' contract, which meant he would be paid even if the movie didn't get made, according to his lawsuit obtained by TheWrap.com.

The court documents, filed in California earlier this month (Feb13), suggest he was promised $4 million (£2.5 million), along with up to $2 million (£1.25 million) in deferred compensation.