Gerard Butler has signed a deal to be the new face of L'Oreal Paris Men's Expert. 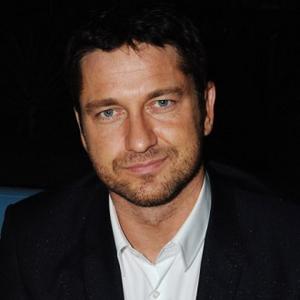 The 'Bounty Hunter' actor has signed a deal to be the new spokesperson for the beauty brand's male grooming products and says he is "excited" by the partnership.

He said: "I'm excited to be working with L'Oreal Paris. I have always liked the quality and innovation of their products."

The 40-year-old Scottish star will front advertising campaigns across the world for the brand, though they will not be seen in the US.

Patrick Dempsey was previously the face of L'Oreal Paris Men's Expert, while Beyonce Knowles and Diane Kruger are among the beauties who have fronted campaigns for The Firm's female products.

Though Gerard's handsome looks landed him the deal, it has previously been claimed that the star needs a diet chaperone to help him stay in shape.

The 'Law Abiding Citizen' actor's co-star Jamie Foxx took great pleasure in mocking the Scottish hunk as he struggled to stick to a strict eating regime ahead of filming a nude scene for the movie.

Jamie said: "He was followed around by a trainer for most of the film. And his main job was to stop him from eating cupcakes. I understand; he had to do his whole thing for the ladies, which is great. But that nude scene is when we men go to the concession stand."