Gerard Butler thinks the pain of shooting action films is worthwhile because it makes him feel like he really is the character he's playing. 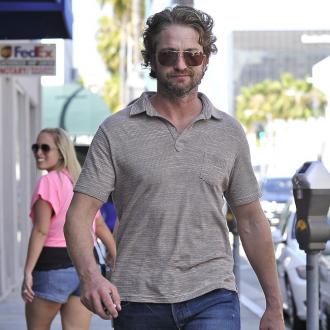 The 43-year-old actor might have ended up with broken neck bones on the set of his new fast-paced flick 'Olympus Has Fallen' - which sees the White House explode after being targeted by terrorists - but he believes the cuts, breaks and bruises are all part of the thrill of the job.

He explained: ''I broke two little bones in my neck. My arm turned black from getting punched for literally two days. It looked like a dead person's arm, it was weird.

''I hurt my throat, and I don't even know how that happened. But that's all part of it. You're in it! And you come out feeling like you're really in the White House fighting terrorists.''

The crew had to recreate the White House for the film, with the set build taking place in Louisiana over the course of three months, and the difficult weather conditions made the action shots one of the toughest the actor has ever faced.

Gerard told Britain's OK! magazine: ''It was tough - 12 of the builders had to be taken to hospital because the heat was so intense.

''So to go there and do action sequences, eight days of running around in the hottest week of the summer, at 118 degrees, was tough.

''I maybe did 300 takes over those eight days, and every time, you've got to look like you've already been running to the White House!

''Even sitting there in the shade was miserable, with explosions going off all around you!''