Gerard Butler is in advanced talks to star in action thriller 'Manhunt', which will see a team of FBI agents aim to track down their most wanted man in the North Carolina wilderness. 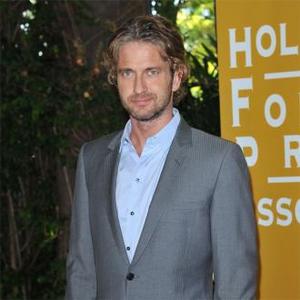 Gerard Butler is in advanced talks to star in action thriller 'Manhunt'.

The 42-year-old actor - who received treatment for prescription drug problems in February - is negotiating a role for the film that sees a team of FBI agents going after their most wanted man, domestic terrorist and survivalist James Tollan, in the North Carolina wilderness.

The FBI enlist a reluctant bear hunter - the role Gerard is rumoured to be in talks for - to help them try to catch the elusive killer, who has managed to avoid arrest with the support of the local population.

But Tollan is more crafty than they think and the special agents soon realise they are the ones being hunted when they enter his territory.

Michael Shamberg and Stacey Sher are producing the project through their Double A Pictures company, and 'The Crazies' director Breck Eisner is helming the movie, which is expected to start production at the end of the year.

'Children of Men's Mark Fergus and Hawk Ostby are penning The Script for the film that will see Alan Siegel, Alexandra Milchan and Scott Lambert executive produce.