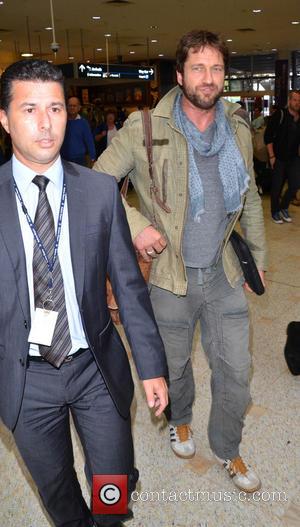 Actor Gerard Butler is backing a charity drive launched by a school close to his mother's home in Scotland.

Children at St. Dominic's Primary School in Comrie, Perthshire aim to raise $11,200 (£7,000) for a charity called Mary's Meals, which provides school dinners for kids in Malawi.

The 300 star is a longtime supporter of the charity, and even travelled to Liberia to see the organisation's work there, so he has helped the local kids' campaign by donating $1,600 (£1,000) along with a personalised blanket which he was given by a fan.

A source tells Scotland's Daily Record newspaper, "He was blown away and keen to donate the full amount of cash they needed to the charity. But his mum insisted that the kids were having fun with their fundraising."