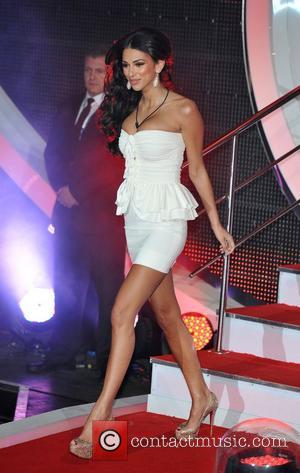 Georgia Salpa has rejected the former Only Way is Essex star Kirk Norcross who drunkenly suggested she should have a bath with him in the 'Celebrity Big Brother' house. According to UK Metro, it has been clear that Kirk has fancied Georgia Salpa since the start of the series with them recently getting under a blanket after a few drinks.

Once starting to run the bathwater, Kirk said: 'You want to get in the hot tub or the bath? I was going to anyway. But if you're blowing me out, that's cool, if you'd had more wine you would, wouldn't you?' This led to Georgia declining the offer and revealing that she actually has a boyfriend. After being asked if her breasts were real or fake, she said that they were genuine and told him to drain the bath. In an attempt to let him down gently, she said: 'I think you're hilarious.' Later on, Kirk admitted in the Diary Room that he 'shouldn't have drunk' and was now embarrassed: 'I had to tell Georgia I fancied her. Hopefully we'll get to do things. I get attached to girls so easily. I just felt an instant click. I would let anything happen into the house, hugs, kisses, sharing a bed, but nothing sexual because my mum is watching.'