Picture: US President George W Bush at the South Lawn at The White House leaving for his last Christmas at the presidential retreat Camp David in...

George W. Bush's truck - a 2009 Ford F-150 King Ranch SuperCrew - has sold for $300,000 at auction, to raise money for a house charity that benefits U.S. military families. The white pickup truck was sold as part of the Barrett-Jackson auction house's sale of collectible cars in Scottsdale, Arizona.

The former President and his wife Laura Bush used the pickup at their ranch in Crawford, Texas, where they would frequently entertain guests, family and visiting dignitaries. "I haven't driven on a street in many, many years, but I have been able to drive this truck on my ranch," Bush said in a statement. To add value to the auction, President Bush signed the right airbag panel of the vehicle and the anonymous buyer also received a video of Bush driving the truck around his ranch, situated about 120 miles from his Dallas home. Proceeds from the sale benefit the Fisher House Foundation, a charity that provides free houses for families of military service members who are receiving medical treatment, according to MSN.com.

The question is, which vehicle would you rather own - George Bush's pickup truck, or the BATMOBILE? The latter - driven by Adam West in the original Batman TV series - was sold at the same auction for $4.6 million!  It ties the record for the highest selling movie of TV car at auction, with Sean Connery's famous Aston Martin DB5 from Goldfinger going for the same amount in 2010. 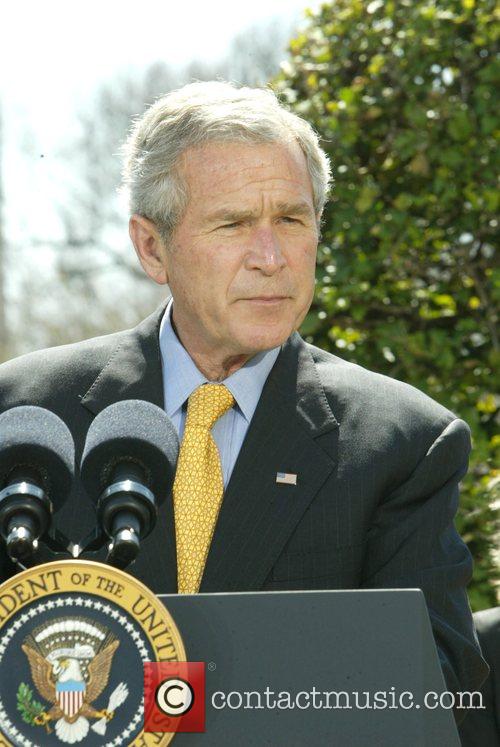 Remember Him? George W. Bush During His Time As U.S President