"Laura and I are thrilled to announce the birth of our grandchild, Margaret Laura 'Mila' Hager.  Mila, daughter of Jenna and Henry Hager, is named for her grandmothers," Bush said in a statement. "We met our beautiful granddaughter today.  Jenna and Mila are healthy.  And our family is elated." The Bush family will be out in force later this month to celebrate the dedication of the George W. Bush Presidential Center at Southern Methodist University in Dallas, Texas, on April 25.

The birth comes in the same week that George W. Bush gave a rare interview, discussing his legacy and suggesting he was "confident the decisions were made the right way" while he was President of the United States. Bush reiterated his support from the wars in Afghanistan and Iraq and reflected on the "realities of the situation 10 years ago." The former President noted "it's easy to forget what life was like when the decision was made," though said he regretted his failure to overhaul Social Security and immigration policy.

Jenna Hager is married to Henry Chase Hager, whom she met during her father's 2004 presidential campaign. 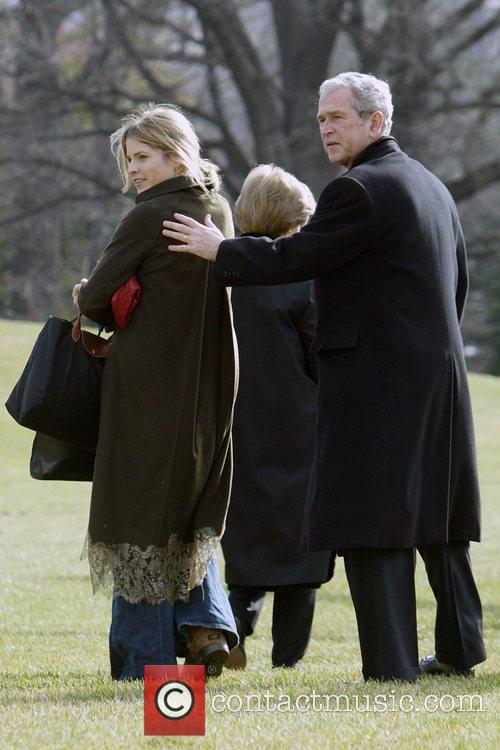