A startling story has emerged involving the alleged assassination of former President of the United States, George W. Bush, CNN are reporting. 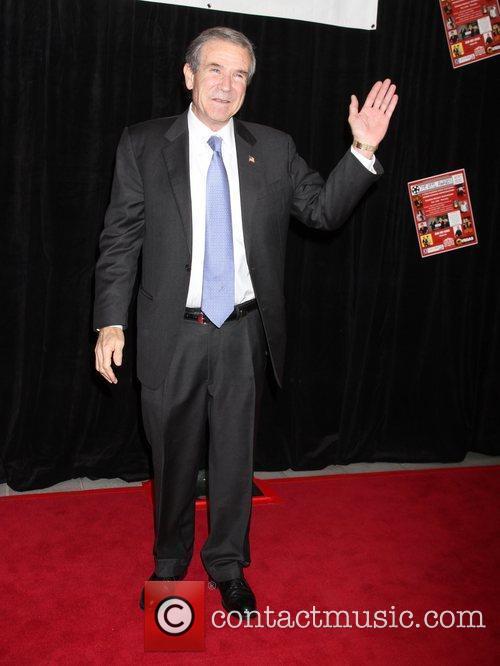 What assassination? Bush is in a confident mood

According to a federal court complaint filed buy the U.S. District Court in Manhattan, Benjamin Smith threatened to "kill, kidnap and inflict bodily harm" on Bush and professed his love for Barbara, one of Bush’s twin daughters. As Smith – a resident of upstate New York - was being arrested, he screamed "Bush will get his” according to the complaint.

A note, found in his mother’s home, where he lives, alerted the secret service to the possible danger. It read: "going to work for George W. Bush and the Pentagon."

Smith also allegedly wrote: "I have to slay a dragon and then Barbara Bush is mine... America is finished. Obama, Etc." His mother alerted authorities to the missing rifle, too.

“I’m divorced and not currently seeing anyone, but I am working on a relationship with Barbara Bush,” Smith told investigators after his arrest, court documents reveal.

Defense attorney Peggy Cross-Goldenberg said Dubya was never in any real danger. "As far as I can tell George W. Bush is not in New York City,” she said. "It would be different if we were in Texas near George Bush's ranch."

She added that statements regarding Barbara Bush “could mean a million different things. Certainly, the way to woo a girl is not to kill her father,” she said.

Bush has been in New York recently, and his spokesman, Freddy Ford, said the former president was not aware of Smith or his alleged threats. He declined to comment on Smith’s intentions for the president’s daughter.