Angelina Jolie isn’t afraid to voice her opinion on a number of political issues, and has been outspoken on LGBT rights, her double mastectomy and plenty of other pertinent topics. But given the chance, and if she thought she was making a difference, she’d turn that mantle of sympathetic celeb into bona fide decision maker. 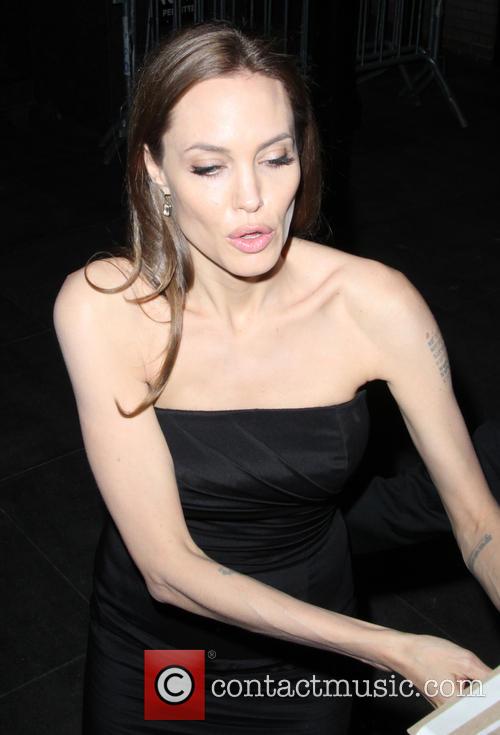 Asked if she would ever run for office while talking to George Stephanopoulos for Good Morning America, she said: “If I thought I'd be effective, I would. But I'm not sure if I would ever be taken seriously in that way and be able to be effective.”

Continue reading: Angelina Jolie Would Run For Political Office If She Thought She Could Be "Effective"

Supermodel Heidi Klum is snapped at the 'Good Morning America' studios in New York City. She spots photographers outside through the window and poses briefly with a smile while holding a cup of coffee and standing off set. News can be heard being broadcast on the show, particularly in regards to the current feud between 'The Real Housewives of Beverly Hills' star Brandi Glanville, her ex-husband and father of her children Eddie Cibrian and his new wife Leann Rimes. The broadcaster can be heard quoting Brandi's Twitter comment: 'Someone is trying 2 get under my skin by calling MY children her boys Sooo transparent! They R MY boys, Eddie Boys and ur step-sons. 4 now'.

By Jack de Aguilar in Lifestyle / Showbiz on 06 November 2012

While the effects of Hurricane Sandy are still being felt by Americans on the East coast, with many still without electricity, ABC's Day Of Giving gleaned $17m for the American Red Cross to help those affected by the storm.

The day didn't quite take the form of a telethon, or a network takeover with special guests, rather pertinent reminders during normal programming, but it still proved a valuable exercise, with a hefty $17m heading towards people that need it the most. It wasn't just your average Joe donating though; network celebrities also got involved in the money giving. Good Morning America co-host George Stephanopoulos donated $50,000 to the relief fund and The View co-host Babara Walters made a $250,000 donation after she said she was moved after answering phones on ABC's Day of Giving, CBS news reports. Other major contributors included Mark Cuban, the Dallas Mavericks owner and star of ABC's "Shark Tank" and the Samsung Corp. In addition, the Walt Disney Co. made a $1 million contribution to local charities, which may seem like a lot, but considering their $4.05 billion purchase of Lucasfilm, it looks more like pocket change.

The effects of Hurricane Sandy are still affecting America in a place it really matters: their civil liberties. The BBC live coverage of the US Election 2012 has seen people turning out to vote in tents powered by generators with cardboard signs.

Ann Romney, the wife of Republican presidential candidate Mitt Romney, is to host Good Morning America, it was announced today. It will be the 63-year old's television debut, and will take place October 10th 2012, according to The Hollywood Reporter.

The news comes after her husband's strong performance at the first presidential debate last night (October 4th 2012) when Mr. Romney gave a solid and popular speech in support of his right wing politics. It was also revealed today that Good Morning America is performing well in the ratings table, but more importantly, it is out performing its primary rival, The Today Show. Last month, GMA averaged nearly 5.1 million viewers, while Today averaged around 4.3 million, according to Nielsen ratings. The inclusion of Mrs. Romney will only boost those figures as the election race heats up, and people want to see what the potential White House residents are like. Romney will guest-host the morning program alongside Roberts' co-anchor George Stephanopoulos and correspondents Lara Spencer, Josh Elliott and Sam Champion.

She is following in Michelle Obama's impressive TV appearance list. The President's wife has appeared on shows like Ellen and Sesame Street, and ABC News also has been in discussions with first lady to guest-host the program. The relative TV cameos give the perfect opportunity to promote their husband's credentials for the biggest job in the world, so expect to see plenty of this kind of thing over the coming months. 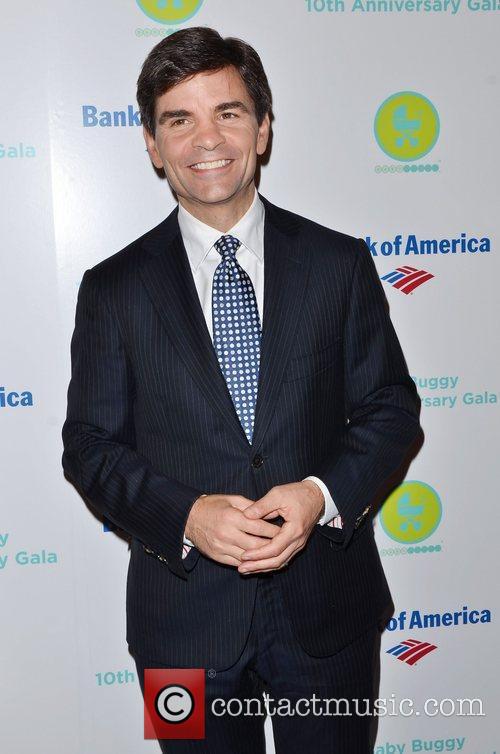 By Christopher Null
Weak
Over-long, full of itself, ultimately pointless. If you are going to interview a dozen celebrities to find "if there is anything that truly connects us" in this country, can you please try to make it interesting? This is vanity filmmaking at its absolute worst: Uninformative in every way, like a bad issue of People magazine put to film.
1
George Stephanopoulos 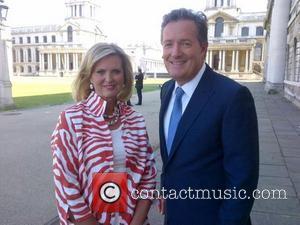