On June 5 A Song of Ice and Fire author/legend George R. R. Martin posted a page on Prizeo asking for people to help him raise money for the Wild Spirit Wolf Sanctuary and The Food Depot of Santa Fe. He asked for people to make small donations and in return they would be entered into a competition to meet him face-to-face. Not only would the winner get the chance to meet Martin, but they would share a helicopter to the Wild Spirit Wolf Sanctuary and they would be able to ask him any questions they want about the show! 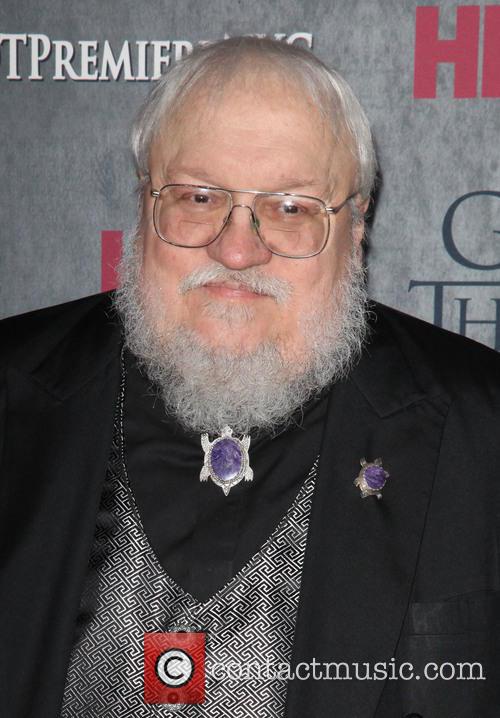 Donating certain amounts would also reap rewards. For example, if you were to donate $25 you would get a thank you e-card, while a $500 donation would get you a signed map of Westeros. $750 would land you a signed and dedicated Game of Thrones cookbook, while a whopping $7,500 donation would score you a pair of tickets to the Season 5 premiere. The highest donation, the $20,000 “Martyr” donation, offered 2 people the chance to appear in the next novel that the author writes.

One of the fans who donated $20,000 was Facebook employee Dave Goldblatt. “I’m fortunate enough to be in a position to do this cool thing, and it’s going toward a good cause. I don’t think I’m going anything extraordinary,” Goldblatt explained.

So, what does being written into the extremely popular book series entail? Well, there’s a little hint in the actual title of the donation: “Martyr.” Yep, Dave Goldblatt will be written into the books, but he will also very quickly be written out! In true Game of Thrones fashion, the character will be killed off pretty sharpish, although Goldblatt will be offered the opportunity to choose his character’s station in the world i.e. lording, knight, maester etc. Goldblatt has admitted he would like to be “Valyrian if at all possible,” but doesn’t want his decision to stifle Martin’s usual flow, “I wouldn’t want to impinge upon his creative process.”

There is still one more winner of the “Martyr” donation/competition to be announced and it is be going to a woman.