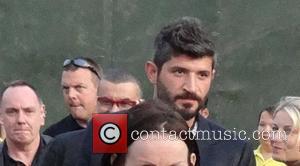 George Michael was among the names to see off the Olympic Games in London on Sunday night, and, like groups like The Who, The Spice Girls and The Pet Shop Boys, he was expected to roll through a couple of his greatest hits, with some overenthusiastic fans even predicting that a Wham! reunion on the cards. So what did we get? 'Freedom 90', a number 28 hit back in 1990 and new track 'White Lines'. A glorious comeback after a year away due to illness it wasn't.
Nevertheless, the ever outspoken Michael defended his choice to perform his new single at the ceremony. With the crowd on the night notably quietened by the relatively unknown song, many criticised the singer for his shameless self-promotion, but on Twitter he responded "Had a great time at the closing! I hope you are not bothered by the press reports of my scandalous 'promotion'."
Continuing in a forthright response he added: "Please join me in telling them to f*** off. It was my one chance on tv to thank you all for your loyalty and prayers, and I took it. And I don't regret it." Despite the grumbling, it looks like the singer's gamble's paying off, and 'White Lines' is now expected to become his first UK top 10 single in eight years.