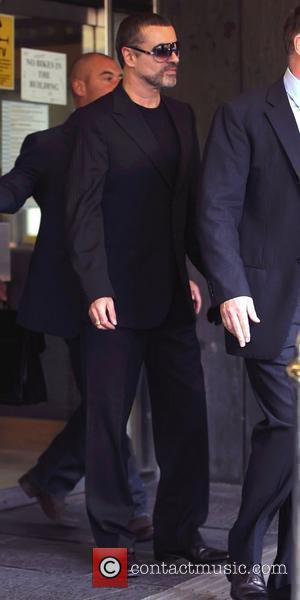 Picture: George Michael leaving court after pleading guilty to driving offence and possession of cannabis charges at Highbury Corner Magistrates Court, following an incident where he...

George Michael checked himself into rehab following his car crash last month (Jul10) and has been undergoing drug counselling sessions ever since.
The pop superstar was arrested after smashing his Range Rover into a store front near his home in Hampstead, north London.
He appeared in court in the British capital this week (24Aug10) and pleaded guilty to possessing cannabis and driving under the influence of drugs.
The Careless Whisper hitmaker has now revealed he checked himself into a clinic shortly after the incident to undergo a 14-day detox program. He is now receiving outpatient treatment, which includes drug counselling "several times a week".
The 47 year old broke the news in an open letter to fans posted on his official website, thanking them for their well-wishes and expressing his determination to turn his life around.
He writes, "I want to thank you all sincerely, and also to reassure those of you who worry so much for me. I fully appreciate the seriousness of my current situation, for which I truly apologise...
"I feel you should know that on the day after the incident I checked in to a clinic for a 14 day detox program here in London, which has been followed by ongoing outpatient drug counselling several times a week. Personal problems which I had tried to deal with myself had clearly got the better of me, and I am sorry that my pride has prevented me from seeking help before now.
"I would also like to express my thanks to those whose discretion allowed me to begin this process in private, which has helped me greatly."
Michael is due back in court next month (Sep10) to hear his sentence. The judge overseeing the case has told the singer he is facing a possible prison sentence.