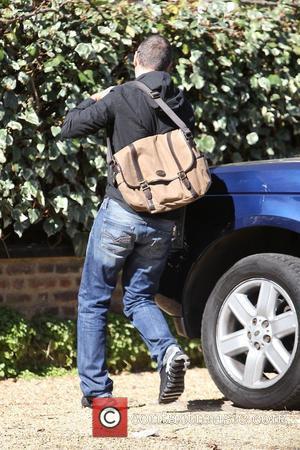 George Michael's new video is attracting all the headlines! Not, sadly for him, because of the quality of the song that's embedded within - a sultry but uninspiring dance groove called 'White Light' - but because it features none other than fashion model and general icon of the past 20 years Kate Moss! Cripes.
The 38 year-old isn't quite writhing around a pole in a bikini like she did when appearing on The White Stripes 'I Just Don't Know What To Do With My Self', but she certainly looks stunning nonetheless, with her blonde hair flowing freely in the video. At one point she's driving a G-reg Bmw - thankfully George isn't driving the other way towards her - wearing a shaggy furry coat, whilst elsewhere she appears as Michael's saviour, turning up as a guardian angel sort of figure in the video.
Why? Because the song itself is about the bout of pneumonia Michael contracted earlier this year and his experience of surviving that, emphasised rather obviously with the refrain "I'm alive!" Well, he's more alive than the song at any rate. At the end of the song Michael appears to be shot by the police, leaving us with somewhat of a cliff hanger, with Moss flipping a coin to apparently decide the singer's fate. It caps a fine visual performance from the model, what a shame Michael's comeback single doesn't quite do the concept justice.