The Chequered Past Of George Michael

George Michael has been recovering following a recent stint in hospital, but it's not the first trouble that the singer has come up against over the years.

George Michael may be worth an estimated £90 million, but money can’t solve all your problems. The singer was in hospital last month after allegedly collapsing at his north London home on Thursday May 22. After spending four hours in his home, paramedics took Michael to the hospital for emergency treatment. He was discharged that weekend and said to be “well and resting.”

George Michael has suffered a string of personal problems

Despite achieving critical acclaim throughout his career and earning £48.5 million from touring alone between 2006-2008, the singer has suffered his fair share of difficulties. Wham! may have been one of the biggest bands of the 1980s, but Michael suffered a string of sadnesses in his personal life. After finally coming to terms personally with his sexuality in the 90s, he began a relationship with Brazilian designer, Anselmo Feleppa. The couple were together for six months before Feleppa discovered that he was HIV positive. Michael later spoke about the shocking situation, “It was terrifying news. I thought I could have the disease too. I couldn’t go through it with my family because I didn’t know how to share it with them - they didn’t even know I was gay.” 2 years later Feleppa died of a brain haemorrhage related to AIDS.

There was little doubt left for the public over Michael’s sexuality when, in 1998, he was arrested for “engaging in a lewd act” in a public restroom in Beverly Hills. He later said hiding his sexuality made him feel ‘fraudulent’, and his eventual outing, when he was arrested…"was a subconsciously deliberate act.” That it may have been, but it didn’t stop him from doing it again, and in 2006 Michael was arrested for doing the exact same thing, this time in London.

Michael is also believed to have struggled with drug use over the years, particularly cannabis. He has been arrested several times for being in possession of the drug and has admitted to overuse. In 2009 he told The Guardian newspaper that he had managed to cut down, now only smoking “seven or eight” joints a day as opposed to 25. 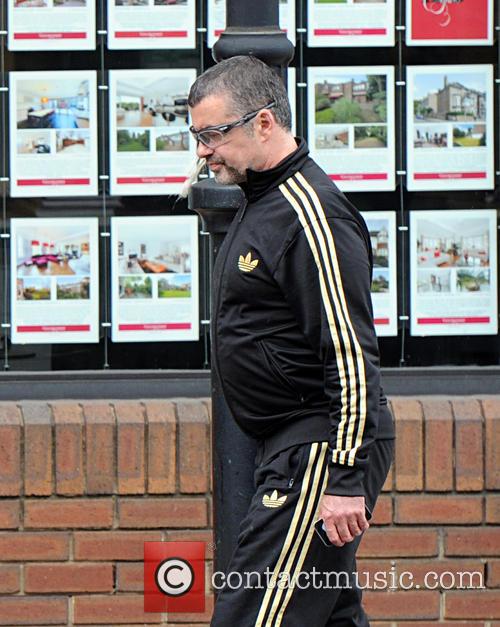 Michael’s recent illness isn’t the only one he has suffered over the past few years. In 2011 he canceled a gig at the Royal Albert Hall in London because of a viral infection, which turned out to be pneumonia. In May 2013 he was airlifted to hospital after sustaining a head injury caused by falling out of his moving car on the M1 motorway.

Let’s hope that his latest trip to hospital will be George Michael’s last trouble for a while. We believe that it will be, so do you George, you just gotta have faith.