George Michael has accused Sir Elton John of being ''grumpy'' but admits he still has respect for the legendary singer. 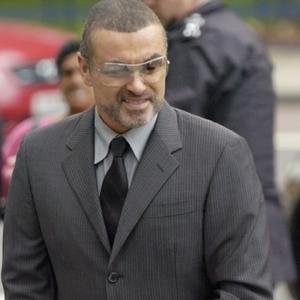 The 'True Faith' singer - who duetted with the 'Rocket Man' hitmaker on 1991's 'Don't Let The Sun Go Down On Me' - accused the 63-year-old star of getting increasingly angry as he grows older, comparing him with a foul-mouthed grandmother from a British comedy sketch show.

George said: "We all earn the right to get a little more grumpy as we get older - but he's getting terribly close to Nan territory, you know the Nan from Catherine Tate."

However, the 47-year-old singer admitted that although he may not always see eye-to-eye to Elton, he will always respect him for being an inspiration.

He told Bauer Radio's In:Demand: "Elton can do no wrong because he did so much right for my life. He was one of my mentors in every way as a child who really wanted to write and sing.

"He will always have a special place regardless of our tiffs."

George - who recently admitted he has been free of drugs since serving four weeks of an eight-week prison sentence for driving under The Influence of drugs last September - and Elton fell out after the 'Freedom' hitmaker criticised the star for trying to force him into seeking help for substance abuse problems.

Responding to Elton's urges for him to admit he has a problem, George said in 2009: "Elton will not be happy until I Bang On his door in the middle of the night saying, 'Please, please, help me, Elton. Take me to rehab.' It's not going to happen."