George Michael has completed his 'White Light' music video with Kate Moss and has posted a clip online for his fans. 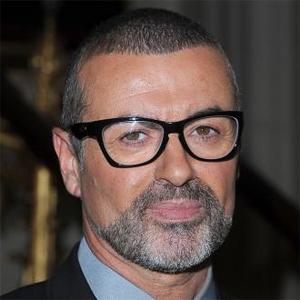 The singer stars alongside the supermodel in the promo for his song 'White Light' and he has posted a 20-second clip on YouTube which shows Kate on a busy dancefloor before she saves his life.

The video will officially be released on Tuesday July 17.

The 'Amazing' singer took to twitter to reveal his excitement at the finished project.

He said: ''Video is completely finished today. I have to thank everybody that appeared in it or worked on it xx.

''Including Kate of course, but most importantly, RYAN HOPE, the video's director. Lovely bloke, and a genius. :)

Kate is no stranger to appearing in music videos having previously starred in ones for Primal Scream and The White Stripes.

She has previously admitted she was disappointed to have missed out on a part in Michael's 'Freedom' video in 1990.

Earlier this month, the 49-year-old musician took to his twitter page to speak of his joy of the stunning supermodel agreeing to star in the clip.

He tweeted: ''The video you are waiting for is choc full of serious eye candy, and believe it or not, I'm not talking about me.

''Oh and by the way, in the video, a certain supermodel (our Kate) saves my life. We shot two endings, one with the Heimlich manoeuvre ... and one where she gives me full on CPR. Mouth to mouth. Not really :) (sic)''

The former Wham! frontman began working on new material after his life threatening battle with pneumonia late last year, and it has been rumored he wants to collaborate with Adele.