Stars Wars Episode VII Cast – You Might Just Recognise Them

Die-hard Star Wars fans will either me delighted or dismayed with the news that Mark Hamill, Carrie Fisher and Harrison Ford are set to reprise the roles that made them famous in the 70’s.

That’s right: Luke Skywalker, Princess Lea and the maverick Han Solo are to be realised again by the folks who first filled their boots. Star Wars creator, George Lucas let the wookie out of the bag intitally, then backtracked, but now it seems nailed on. He said: "We had already signed Mark and Carrie and Harrison, or we were pretty much in final stages of negotiation - maybe I'm not supposed to say that. I think they [Disney] want to announce that with some big whoop-de-do, but we were negotiating with them." Fisher did in fact confirm herself for the role. When she was asked what her character will be like, she said: "Elderly. She's in an intergalactic old folks' home. I just think she would be just like she was before, only slower and less inclined to be up for the big battle." Hamill too, said he had discussed the return to lightsabredom with Lucas. He added: "I'm assuming, because I haven't talked to the writers, that these movies would be about our offspring." 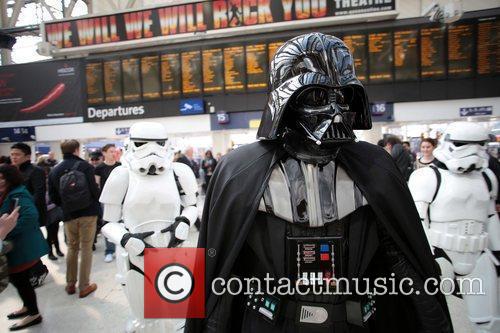 Disney's Lucasfilm declined to confirm or deny whether the actors would return, vindicating Lucas’ statement that they’d want a big announcement. A spokesman said: "George couldn't say whether they were signed or not, and neither can we. As Yoda said, 'Always in motion is the future'. Stay tuned."