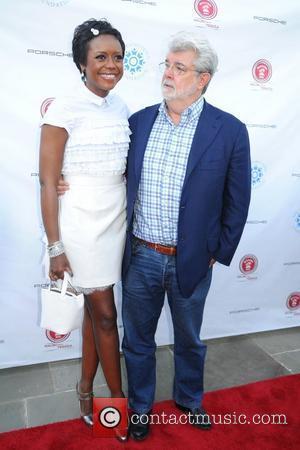 George Lucas, the creator of Star Wars and Indiana Jones tied the knot with his girlfriend of seven years, Mellody Hobson. According to sources speaking with People magazine, the wedding took place on Saturday (22nd June) in California's Marin County at Lucas' 4,700 acre Skywalker Ranch. Amongst other guests, the wedding was attended by fellow director Ron Howard and actor Samuel L. Jackson, who plays Jedi Mace Windu in Lucas' Star Wars franchise.

Both guests publically displayed their excitement for Lucas' wedding, with Howard tweeting "George Lucas Melody Hobson wedding was joy to behold Bill Moyers service was beautiful, nothing short of profound. Congrats Mr&Mrs Lucas" and Jackson similarly enthusing: "Let's give a Galactic shout out to Master George Lucas & his Bride Melodie on This their WEDDING DAY!!"

Engaged since January 2013, Hobson, 44, met Lucas, 69, at a business conference in 2006 and have been dating ever since. She heads Ariel Investments - an investment management firm - whilst also chairing the board at Dreamworks Animation SKG Inc., and a director of Groupon, Inc., Starbucks Corporation and The Estée Lauder Companies Inc.

Despite Hobson's busy schedule, Lucas will have plenty of time to spend with his new wife after selling his production company LucasFilm to Disney in October 2012 for a reported $4.05 billion, but donated most of this sum to educational philanthropy - a cause he and Hobson feel strongly about. Mellody is George's second wife, who has three children with previous wife, Marcia, from whom he divorced in 1983. In a joint interview with Oprah Winfrey last year, the not-yet-engaged couple explained their secrets for staying together despite such busy working lives. Hobson said: 'I think it works because we are extraordinarily open-minded people and we're open to what the universe brings us,'

Disney have a new planned Star Wars on the way - episode VII - which will be directed by Star Trek director Jj Abrams, though Lucas will still have an advisory role. The film is due to start filming in the UK in January next year and will be released in 2015.

May the force of happy marriages be with them! 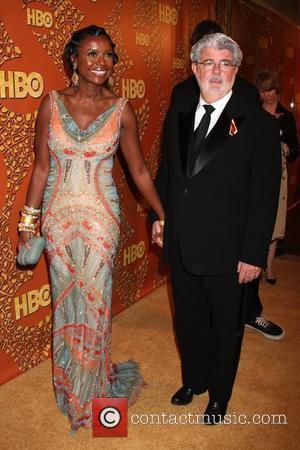 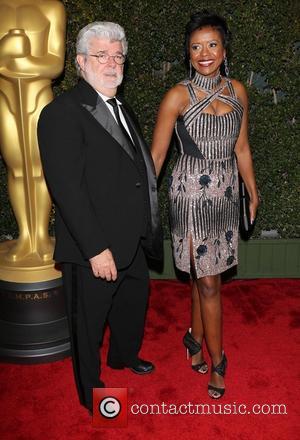