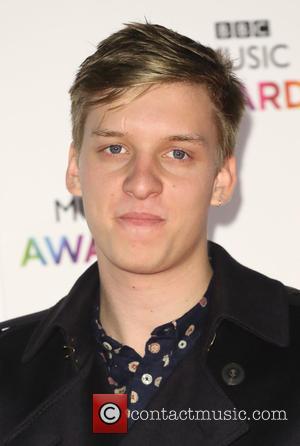 Picture: George Ezra - Shots of a host of stars from the music industry as they arrive for the inaugural BBC Music Awards 2014 which were...

The British singer released the record in June (14) and he is now celebrating after beating Sam Smith's In The Lonely Hour to the top of the charts.

He tells OfficialCharts.com, "It's amazing that over three months since my album came out, not only is it still in the Top 10 but it's gone to Number one. Thank you so much to everyone that has bought it - I hope you're having as much fun listening to it as I had making it. Keep your pecker up and all the very best!"

Ed Sheeran's X, Jamie T's Carry on the Grudge and Barbra Streisand's Partners round out the new top five.

Meanwhile on the singles chart, Meghan Trainor's All About That Bass has climbed 32 spots to number one, while Jessie J's Bang Bang collaboration with Ariana Grande and Nicki Minaj is at two and Taylor Swift takes the third spot with Shake It Off.