George Craig One Night Only

Singer and actress Diana Vickers was told by an ex-boyfriend she had ''really bad breath''. The star is now fronting a campaign for Wrigley's Extra. 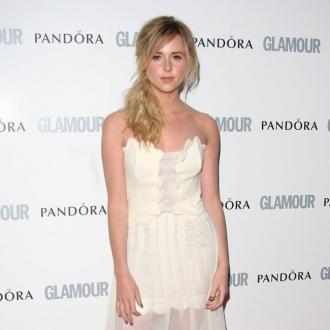 Diana Vickers was told by an ex-boyfriend she had ''really bad breath.''

The singer and actress, who is fronting a campaign for Wrigley's Extra chewing gum, admits she was told by a boy when she was younger her breath didn't smell great when he kissed her.

Diana, who is now dating musician George Craig, told BANG Showbiz: ''My first kiss was a bit awkward and he could have done with some chewing gum [and] I do remember when I was younger I had a boyfriend who was horrible to me.

''I had a massive crush on him and we were dating and he used to say I had really bad breath. If only I'd known about Wrigley's. It's fine now and George doesn't complain.''

The 22-year-old star also used to be self conscious about smiling during photographs when she was younger because she didn't like her teeth and is now fronting the campaign as part of National Smile Month.

She said: ''I went through a phase when I was a bit younger of being really embarrassed about my smile, I used to think I had little bunny teeth, but now I'm embracing it so I always put on my best smile on the red carpet.''

Meanwhile, Diana and George, who fronts the band One Night Only, have been together for more than three years and they are very happy together.