Stars Turn Out To Honour Reiner 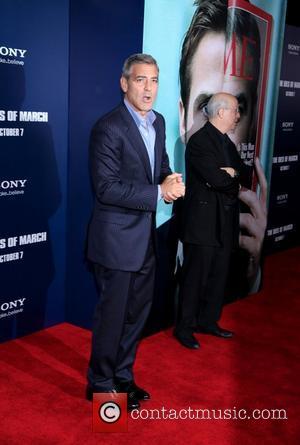 George Clooney and Bonnie Hunt heaped praise on acting legend Carl Reiner on Thursday (13Oct11) as he was feted in Hollywood with a lifetime achievement award.
The 89 year old was the guest of honour at the Academy of Television Arts & Sciences' An Evening Honoring Carl Reiner event, and a host of big names turned out to celebrate the star.
DICk Van Dyke, Hunt and Lily Tomlin were among the guests who were treated to a film montage looking back at Reiner's career, and they spoke fondly of their pal, who created sitcom Head of the Family, which became The DICk Van Dyke Show.
Van Dyke says, "He used to tell the writers, 'I don't care how crazy it gets as long as it starts with credibility and it could happen.' He kept it real."
Hunt adds, "You know, he just has incredible talent and incredible kindness and it's always been the combination of those two things at the forefront of everything he does."
Reiner's Ocean's Eleven co-star Clooney presented the veteran star with his award.