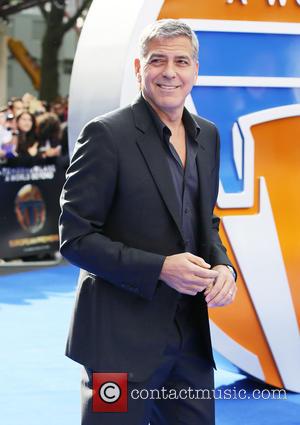 The stars, also including Tom Hiddleston, Hugh Grant and Rita Ora, have been pictured modelling a T-shirt designed by Westwood to raise funds and awareness for the campaign, which is run by charity Greenpeace to protest against oil drilling and industrial fishing in the region.

The pictures are on display in an exhibition at London's Waterloo Underground Station from this week (beg13Jul15) until 26 July (15).

Westwood says, "The status quo will kill us. People don't realise how quickly we are marching toward a possible mass extinction."