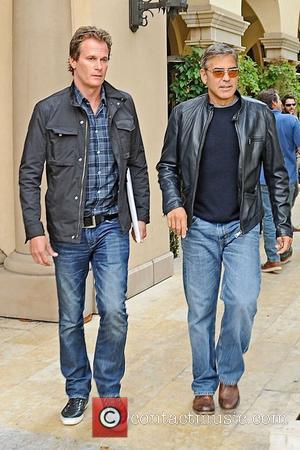 Picture: George Clooney seen with a male companion out and about in Beverly Hills Los Angeles, California- 11.10.12

George Clooney's girlfriend Stacy Keibler is re-branding herself as a businesswoman by making plans to launch a new healthy snack range.

The former professional wrestler, who has been dating the Hollywood star since last year (11), was recently unveiled as the host of a new reality TV show, called Supermarket Superstars, which aims to give budding inventors a career boost.

Keibler has now revealed she is hoping to become an entrepreneur herself by creating her own health food line.

She tells New York Post gossip column Page Six, "I'm developing my own healthy snack... I'd really like to target something for children because I feel like that is the generation I want to try and re-educate about food and what they're putting into their bodies."