George and Amal welcomed twins, a boy named Alexander and a girl named Ella, into the world back in early June, and spoke about the experience for the first time in an interview with The Hollywood Reporter.

Having welcomed their baby twins three months ago and spending the time enjoying new parenthood, George Clooney and his wife Amal have opened up their doors to talk about the experience – and the possibility of having more children.

The 56 year old Hollywood star and his human rights lawyer wife sat down with The Hollywood Reporter in their mansion near Lake Como, where the couple has been busy raising their son Alexander and daughter Ella since they were born back in June.

“We are unrested - we're both unrested, and she's more unrested than me, obviously,” George told the magazine about the tiredness they’re both feeling. “But I'm a very good diaper guy, which I didn't know I would be.” 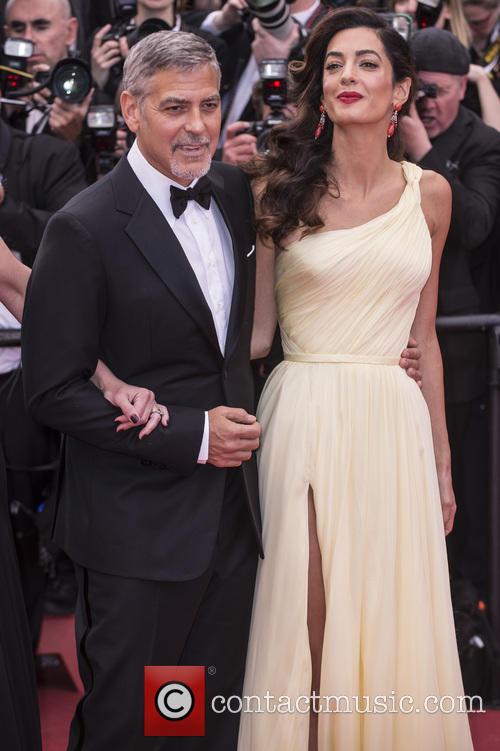 “Now my house is filled with the warm sounds of babies crying,” he laughed. “You should see when my friends show up and see me change a diaper, the laughter that comes from them. I go, 'I know, I know.' I've given them so much shit for so many years, I deserve every bit of it.”

For years and years, the actor’s bachelor status always led to questions over whether he wanted children. Clooney revealed in this interview that the two of them never discussed having kids until they’d actually gotten married, partly because it had “never been part of my DNA”.

“Amal and I were talking and we just felt we'd gotten very lucky, both of us, and we should share whatever good luck we've got. It would seem self-centred to just have that belong to us,” George admitted.

“Every single day of my life, I just feel lucky,” he concluded. “Lucky in my career. Lucky enough to have found the perfect partner. Sometimes in life it doesn't happen on your schedule, but you find the person that you were always supposed to be with. That's how I feel, and I know that's how Amal feels.”

Finally, are there any plans afoot for more babies in the future?

“I'm 39,” Amal responded to a question about the possibility of siblings for Alexander and Ella, shaking her head. “I already had them quite late”.