George Clooney is set to star in Disney alien movie '1952', which will be helmed by 'Mission: Impossible - Ghost Protocol' director Brad Bird. 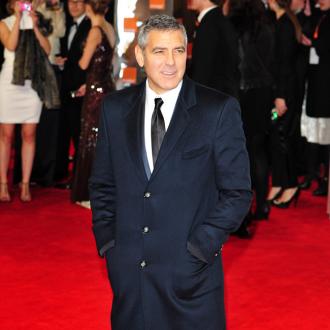 George Clooney is set to star in Disney alien movie '1952'.

The 51-year-old actor is reportedly in negotiations for the motion picture, which sees 'Mission: Impossible - Ghost Protocol' director Brad Bird in line to helm the film, which has been described as an ''ultra-secret sci-fi project'', according to the Hollywood Reporter.

Jeff Jensen and Damon Lindelof - who will also produce the project - have penned the script for the movie, which is said to have similarities to Steven Spielberg's 1977 sci-fi film 'Close Encounters of the Third Kind', which sees a man make contact with aliens on planet earth.

Disney is keeping plot and cast details under wraps and sources have warned the project is yet to have been given the green light.

Next up for George is drama movie 'The Monuments Men', which he will appear in and direct a star-studded cast.

The 'Ides of March' actor will star alongside Daniel Craig, Bill Murray, Cate Blanchett, Jean Dujardin, John Goodman and Hugh Bonneville in the motion picture, which tells the story of a group of art historians and museum curators who aim to recover artwork taken by the Nazis before Hitler destroys it.

Clooney will play US Army officer and leading art conservationist George Stout, who repatriated tens of thousands of pieces of art from the Nazis.