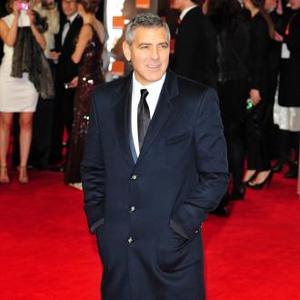 The Academy Award winner has signed up for the Weinstein Company project, a John Wells directed adaptation of the Pulitzer Prize and Tony Award-winning play by Tracy Letts, alongside producer/screenwriter Grant Heslov.

George said: ''Grant and I are thrilled to work on this project. It's already a great cast and great material and I can't think of anyone better than Harvey [Weinstein] to put this all together. And we're particularly excited to work with our dear friend John Wells. It's such a terrific group and we feel honoured to help bring it to the screen.''

Meryl Streep and Julia Roberts will star as pill-popping matriarch Violet Weston and her complicated daughter Barbara in the film which tells the story of the Weston women who lead separate lives until a family crisis brings them back to the Midwest house they grew up in.

Harvey Weinstein added: ''George and Grant are gifted producers, with great taste and instincts, and a work ethic that is second to none. I personally wanted them on board as their talent is a perfect fit for a film of this artistic caliber. We are delighted to welcome them to the 'August: Osage County' team, and feel very lucky to have them.''