George Clooney will take a starring role in 'The Monster of Florence', about a man who moves to Italy to solve a series of 30-year-old murders. 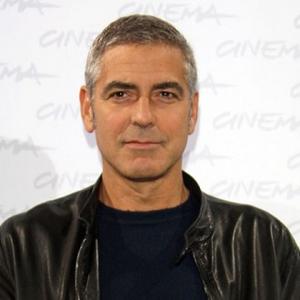 George Clooney has signed up to star in 'The Monster of Florence'.

The 'American' actor will take the starring role in the film, about a man who writes a book concerning the truth about a series of 30-year-old murders which took place outside the Italian city of Florence between 1974 and 1985.

Douglas Preston wrote the book about his own move to Italy with Italian reporter Mario Spezi, chronicling the trouble caused when they begin asking questions.

Christopher McQuarrie and Nathan Alexander will script the project, while Dan Jinks and Bruce Cohen will produce it.

'The Monster of Florence' will see Clooney - who spends the majority of his free time in Italy - film a project in the Mediterranean for the second time following his work on 'The American'.

His future projects include directing and starring in 'The Ides of March' as well as a minor role, originally intended for Robert Downey Jr., in Alfonso Cuaron's problematic movie 'Gravity' alongside Sandra Bullock.

Both Angelina Jolie and Natalie Portman have pulled out of taking the starring role in the space-bound movie.