However, Clooney did have a little help from 'House' star Hugh Laurie.

‘E.R.’ was one of the most popular TV shows of the ‘90s, and it enjoyed a thrilling reunion of its cast members on Tuesday night’s episode of ‘Jimmy Kimmel Live!’ on ABC. Only problem was, George Clooney was the only person to show up...

This wasn’t going to stop Kimmel though, as he explained to his guest Clooney and the audience that they’d be attempting to put together a brief skit despite the fact that everybody else was busy.

“This was kind of a last-minute thing, and we had some trouble getting the whole cast of ‘E.R.’ to come,” Kimmel said. “[Julianna Margulies] was filming ‘The Good Wife’, so she couldn’t make it. [Noah Wyle] wanted to be here, but guess he had a thing with his family, Taco Tuesday. Eric LaSalle had jury duty.” 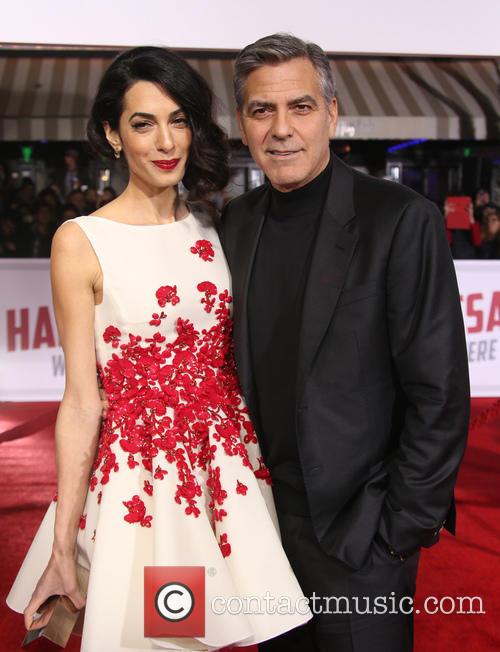 George Clooney with his wife Amal at the premiere of 'Hail, Caesar!'

Clooney got his big break on NBC medical drama, which ran for fifteen years from 1994 to 2009. However, the Hail, Caesar! star was saved from having to conduct the ‘reunion’ by himself, as fellow guest Hugh Laurie, the star of another medical drama 'House', joined in the sketch in which they both saved Kimmel’s life as he posed as a patient.

The pair spent most of their time batting back and forth some obscure medical jargon. “He’s going into supraventricular tachyarrhythmia,” Clooney said as he put on the scrubs he wore as Dr. Doug Ross for five years. “I don’t even remember what that is!” replied Laurie.

Obviously, there’s only one thing to do in that situation – perform CPR on Kimmel to the rhythm of Sugarhill Gang’s ‘Rapper’s Delight’. “Remember what they taught us in TV medical school!” Laurie shouted as they got going.

Watch the full clip below!