George Clooney's Scottish Date Describes Him As 'The Most Charming Man'

Heather McGowan won a competition to score a lunch date with the Hollywood actor.

We all imagined that George Clooney is probably one of the most charming men in the world, but now we know for sure. Heather McGowan, who won a date with the actor when he visited Edinburgh, has described the A-lister as ‘the most charming man’, following their lunch together, were they discussed business and his 2014 wedding. 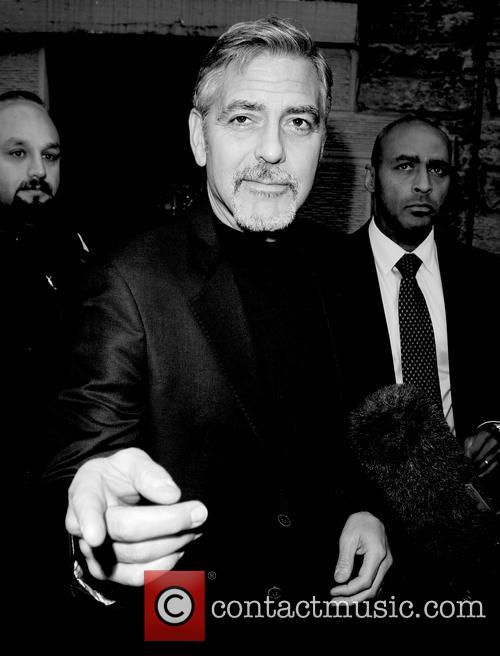 George Clooney as been described as ‘the most charming man’, by his recent lunch date.

Speaking to The Scotsman newspaper, McGowan described the day as one she was “not going to forget”. “It still seems a bit surreal and now that it’s over, I can try to absorb all the little bits of the day,” the 32-year-old said.

“Getting a kiss on the cheek from him was absolutely brilliant. He was the most charming man. Everyone in there was absolutely captivated by everything that he had to say.” The pair's date took place at local restaurant Tigerlily, where they enjoyed a lunch of beef carpaccio, a seafood main and chocolate fondant with a cheese board.

More: George Clooney Dropped $1000 Into The Homeless Cafe He Visited

Clooney ended up being 15 minutes late for the engagement, but McGowan didn't mind. “I was really worried that I would be a mess but I held it together. I’m quite lucky he was late. It let me get accustomed to the situation and compose myself a bit,” she added.

As for what the pair spoke about, McGowan said the topics of conversation ranged from his business interests to his recent wedding to Amal Alamuddin. “I asked about his wedding and he told me that he got to the point where he was just like, ‘wedding planners, leave me alone’. He did say that he was really involved in his wedding though."

“He was talking about business and told me that when he has invested with his heart, he’s had some interesting circumstances, so to try to invest with your head. So for me as a businesswoman that’s a fantastic thing to take from our conversation.”

But now that she’s experienced a date with George Clooney, will any man ever manage to live up to the actor? “It’s absolutely the best date that I’ve had. No one is going to live up to that,” McGowan said. “This wasn’t on my bucket list but let’s just end the list now. There’s nothing that’s going to beat this.”