George Clooney says he is ''in the middle'' of planning a prank which he plans to play on his friend Brad Pitt. 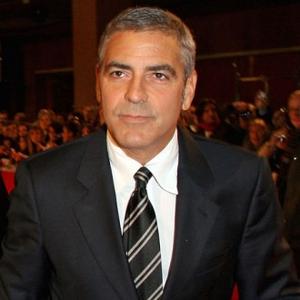 The 'Ides of March' actor is known for his love of playing pranks and says one he is currently planning will "kill" his friend, though he refused to be drawn on the details.

He said: "I am in the middle of one right now that's gonna kill him. I can't tell you."

However, there could be a long wait before George executes his prank as the 50-year-old star - who is currently dating former WWE wrestler Stacy Keibler - recently admitted some of his jokes have "taken years" to pull off.

He added: "You set a bit of a trap and then you watch it slowly unfold. I've had ones that have taken years."

George's scheme is unlikely to upset Brad as the 'Moneyball' actor is also a fan of jokes, and his friend recently described him as a "brutal" prankster.

George said recently: "My friends are rough on me. Brad Pitt's brutal, and Matt Damon.

"My friends used to change my outgoing phone message all the time. This was the old days, when you had a phone machine. They would change the message to something horrible and there was nothing I could do to change it back. That was always brilliant."