George Clooney Is 'Cool' At 50

George Clooney is enjoying being 50 because ''it's better'' than being dead. 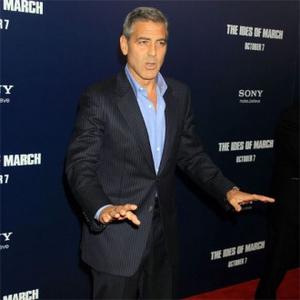 George Clooney is "cool" with being 50.

The Hollywood heartthrob reached the landmark in May and, rather than worry about getting older, George is embracing a new decade of his life.

The actor - who is dating former WWE wrestler Stacey Kiebler, 31 - attended the premiere of his new movie 'The Ides of March' in New York last night (05.10.11) and revealed he is grooming his co-star Ryan Gosling to take People magazine's Sexiest Man Alive title.

George is a two-time winner of the honour and he thinks Ryan has what it takes to snatch the annual title away from last year's recipient Ryan Reynolds.

Speaking on the red carpet at the premiere at the Ziegfeld Theater, he said: "Listen, Brad (Pitt) and Matt (Damon) and I are going to sit him down and go through some of the things he should do for the campaign."

Like George, Brad has been named People's Sexiest Man Alive twice in 1995 and 2000, while Matt was bestowed the accolade in 2007