George Clooney has taken his girlfriend Stacy Keibler to meet his parents Nick and Nina. 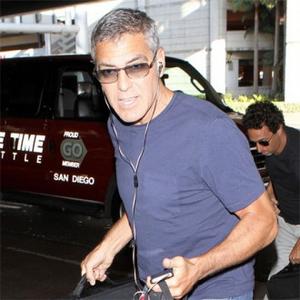 George Clooney has introduced his new girlfriend to his parents.

The 'Ides of March' actor - who is dating former WWE Diva Stacy Keibler just three months after splitting from Italian beauty Elisabetta Canalis - has taken her to meet parents Nick and Nina, and she is said to have hit it off with his mother straight away.

An insider told Life & Style magazine: "It's a big deal and Stacy knows it. She really took to George's mom and said she's a sweetheart.

Wrestling babe Stacy - who was introduced to George by some mutual friends - is also believed to have told pals the chemistry she has with the 50-year-old hunk is "off the charts".

Many close to George had thought the romance would be brief and are shocked at how well it is going.

A friend said: "A lot of people thought it was going to be a fling. But it's not - it's at the serious point."

George - who has also dated British beauty LISA SNOWDON in the past - recently revealed he has always had many close female friends.

He said: "I've always had really great friends on both sides of the aisle, so to speak.

"I grew up with strong women, my mom is strong and so is my sister and so was my aunt, Rosemary Clooney.

"I've always been comfortable around women. I have some truly great women friends and the Friendship is non-romantic."