Julianna Margulies has revealed George Clooney is her 'go-to person' for advice on everything but marriage. 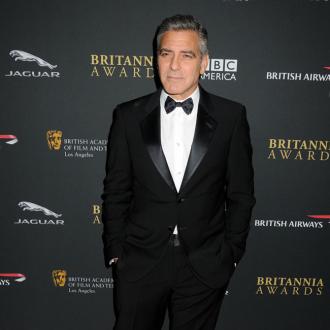 George Clooney gives great advice on everything but marriage, according to Julianna Margulies.

The 47-year-old actress - who co-starred with the Oscar-winning actor on 'E.R.' - has revealed they are still ''good friends'' and has hailed George as her ''go-to person for advice.''

'The Good Wife' star told 'The Late Show With David Letterman' on Monday night (11.11.13): ''He is truly one of the most awesome human beings I've ever met. He's smart, he's down-to-earth...He treats everyone with respect, no matter whether you're sweeping the floors or the head of the studio. He's just one of those guys.''

The brunette beauty, who has been married to Keith Lieberthal since 2007, added: ''He is my go-to person for advice on pretty much anything - except marriage.''

A source recently told UsMagazine.com: ''She's not his official 'girlfriend' yet, but they've become very close. She has been seeing George almost every night.''

The 'Gravity' star, who was married to Talia Balsam from 1989 to 1993 previously vowed never to walk down the aisle again.