The 52 year-old bachelor reportedly popped the big question to his lawyer girlfriend "not that long ago." 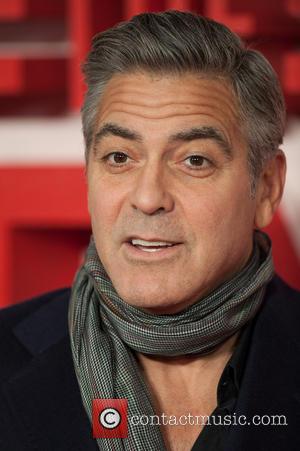 George Clooney could be finally off the market!

The 52 year-old Hollywood actor is reportedly set to tie the knot with his British girlfriend Amal Alamuddin, according to People Magazine.

Clooney and the 36 year-old lawyer have been engaged "not that long ago, I think," a source told the magazine, who also noted that the pair don't have any wedding plans sorted yet.

"George and Amal are trying to keep things very low-key, but they also aren't really trying to hide this, it doesn't seem," the insider continued. "I think it's like they want the people they love to know that this is real, that they plan on being together forever."

Earlier this week, the couple were seen enjoying a romantic dinner at Craig's restaurant in West Hollywood, and an eye witness told Us Weekly, "they were toasting the engagement."

"This is the healthiest relationship I've ever seen George in," a second source told the mag. "He seems incredibly happy, and Amal is such a sweet and intelligent girl, who has her own thoughts and ideas and doesn't just bow down to everything he says."

They were first spotted in London this past October (2013) and have been inseparable ever since, as they were spotted enjoying a vacation together in South Africa last month.

Earlier this year an individual who worked with Clooney in the past also told People, "He's with someone who is a very accomplished attorney. She isn't someone who is pursuing a career in acting or entertainment. She's on his level."

MORE: George Clooney Gets Involved in A War Of Words With Steve Wynn Over President Obama

The 'Ocean's Eleven' actor has been married once before in 1989 to actress Talia Balsam, but this ended in divorce only four years later. Since then, the Hollywood lothario has been involved with several beautiful women, including model Lisa Snowdon, Italian actress Elisabetta Canalis and former professional wrestler and model Stacy Keibler.

Watch George Clooney greet his co-stars at the 'Gravity' premiere