George Clooney Created Pro Sony Petition But "Nobody Stood Up"

In a recent interview George Clooney has expressed his horror at the control of content and censorship resulting from the hacks and subsequent violence threatened by the hacker group Guardians of Peace. Clooney created a petition in the hopes of uniting the film industry against further threats but his attempts so far have been in vain - no one will sign his letter.

George Clooney's attempt at creating a petition in which members of the film industry could show their support for Sony and determination not to give in to violent threats in the face of freedom of speech did not gain the support he had expected. 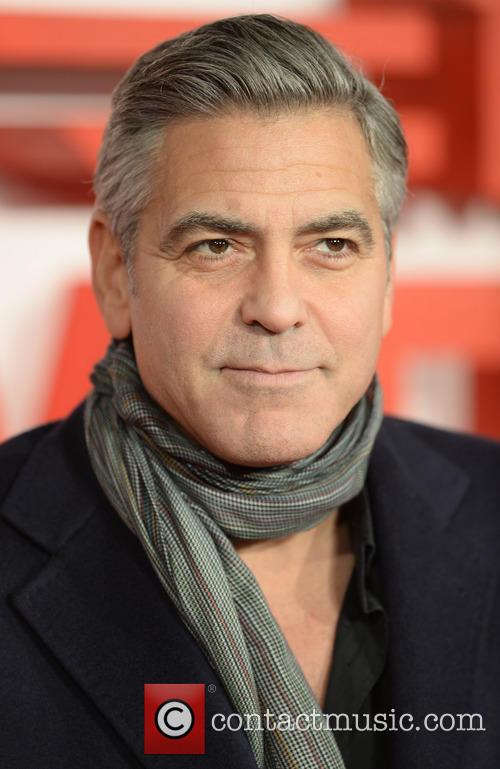 George Clooney has created a petition hoping to encourage the studios to make a stand against cyber terrorism.

Sony were victims of a shocking and unprecedented hack which, for the first time, has seen the film industry and the murky world of internet ethics used as a means of expressing political tension on an international scale. It has been revealed that US officials understand there to be a link between the hackers and the leaders of North Korea, as NBC News reports. The hack appears to have been carried out in retaliation for the creation of the film The Interview, starring James Franco and Seth Rogan, which depicts a fictional attempt to assassinate North Korea's President Kim Jong Un. After a series of threats made by the hackers the release of the film has been cancelled prompting widespread anger at what has been hailed as the first 'Cyberterror' attack.

Clooney explained to Deadline how, following the hack and subsequent leak of emails between employees, he and his agent created a letter which they circulated around the heads of the major studios. In support of Sony, Clooney wanted as many high powered people within the film industry not to submit to the demands of the hackers who were issuing personal threats against those whose personal information they had accessed.

Watch the trailer for The Interview:


Unfortunately for Clooney, no one would sign the letter despite hopes that a few signatures would then encourage the rest of a studio or company to put pen to paper and sign their name in support of Sony and defiance against the dictation of content from another country and due to another's political agenda. Clooney appeared appalled at the lack of support within the industry and explained "All that [the letter] it is basically saying is, we're not going to give in to a ransom. As we watched one group be completely vilified, nobody stood up. Nobody took that stand."

The full letter Clooney asked members of the film industry to sign reads:

"On November 24 of this year, Sony Pictures was notified that it was the victim of a cyber attack, the effects of which is the most chilling and devastating of any cyber attack in the history of our country. Personal information including Social Security numbers, email addresses, home addresses, phone numbers and the full texts of emails of tens of thousands of Sony employees was leaked online in an effort to scare and terrorize these workers. The hackers have made both demands and threats. The demand that Sony halt the release of its upcoming comedy The Interview, a satirical film about North Korean dictator Kim Jong Un. Their threats vary from personal-you better behave wisely-to threatening physical harm-not only you but your family is in danger. North Korea has not claimed credit for the attack but has praised the act, calling it a righteous deed and promising merciless measures if the film is released. Meanwhile the hackers insist in their statement that what they've done so far is only a small part of our further plan. This is not just an attack on Sony. It involves every studio, every network, every business and every individual in this country. That is why we fully support Sony's decision not to submit to these hackers' demands. We know that to give in to these criminals now will open the door for any group that would threaten freedom of expression, privacy and personal liberty. We hope these hackers are brought to justice but until they are, we will not stand in fear. We will stand together."

The Interview has been at the centre of the controversy.