George Clooney asks Matt Damon to be his best man

George Clooney has reportedly asked his 'Ocean's Eleven' co-star Matt Damon to be best man at his wedding to Amal Alamuddin. 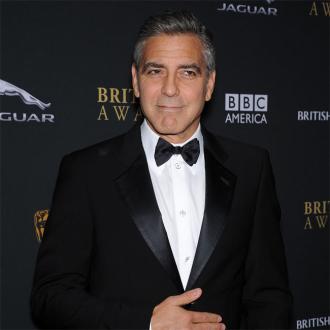 George Clooney has asked Matt Damon to be his best man.

The 53-year-old heartthrob - who is set to marry British lawyer Amal Alamuddin - has asked his 'Monuments Men' co-star to take on the role of best man for his upcoming nuptials, despite rumours he was planning to ask Brad Pitt.

A source told The Sun newspaper: ''A lot of people thought Brad was a certainty to be George's best man as they have been such good friends for years. But he is probably even closer to Matt.

''Besides many years ago, during one drunken night together, George made a promise to Matt that he would make him his best man if he ever got married - so Matt called to claim his prize.''

Despite losing out on the best man job, it is thought Brad, 50, will be there to support George and Matt, 43, after growing close to the pair while filming the 'Ocean's Eleven' movie and it's sequels.

The source added: ''Brad took the news with good grace - but he did say he'd heckle Matt during his speech.''

Although a date for the wedding is yet to be set, George - who proposed to the 36 year-old lawyer last month - is believed to be planning Amal her dream wedding at either his home in Lake Como, Italy or Cabo San Lucas, Mexico, after which the pair will relocate to London so she can continue to work as a barrister at the Doughty Street Chambers.