George Clooney and fiancee Amal Alamuddin have filed notice of their intent to marry at a London registry office.

Looks like it won't be long at all before the man formerly known as Hollywood's most eligble bachelor walks down the aisle. George Clooney and fiancee Amal Alamuddin posted their wedding banns in Kensington and Chelsea Registry Office last month. Photos of the notice show Alamuddin's occupation as "barrister" and her status as "single". Clooney, listed under his full name of George Timothy Clooney, is described as "actor and director", with his marital status "previous marriage dissolved". 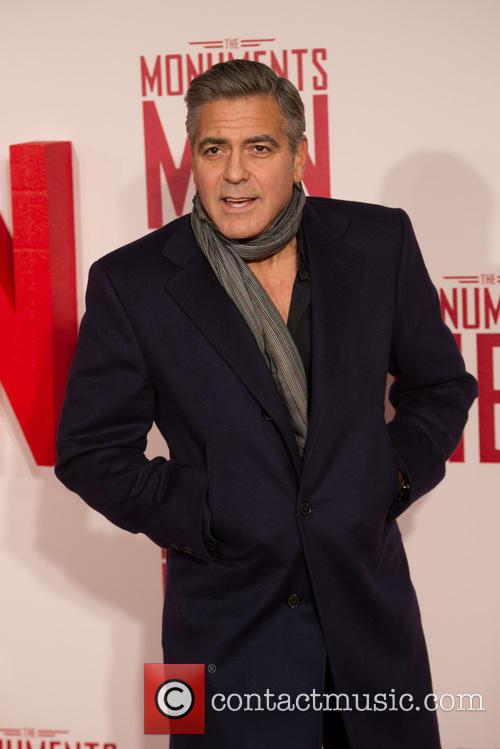 Clooney, pictured here at the premiere for his last film The Monuments Men

Clooney was previously married to actress Talia Balsam for four years, but after their 1993 divorce he vowed to never marry again. However, since he began dating Amal in September 2013, Clooney has changed his mind and the couple are set to marry in Italy later this year, reportedly at Clooney's villa near Lake Como.

Although he is known for dating some of the most beautiful and famous women in the world, Clooney appears to have met his match in talented human rights lawyer Alamuddin who has represented WikiLeaks founder Julian Assange in court.

Their union made headlines earlier this month when Clooney took on The Daily Mail after they published a fabricated story that suggested Alamuddin's family were not happy about their marriage. The paper later apologised, but Clooney refused to accept the apology, stating "The Mail knew the story... was false and printed it anyway" and referring to the paper as "the worst kind of tabloid. One that makes up its facts to the detriment of its readers."