The actor and wife Amal Clooney are expecting twins, due in June.

George Clooney has spoken for the first time about wife Amal’s pregnancy news, saying he is “excited” to become a father.

However with the couple’s twins due in June, Clooney will be 56 when he becomes a first time dad, the age most fathers are sending their kids off to college.

But luckily for Clooney he’s got some very supportive friends, even if they like to occasionally rib him about being an older dad. 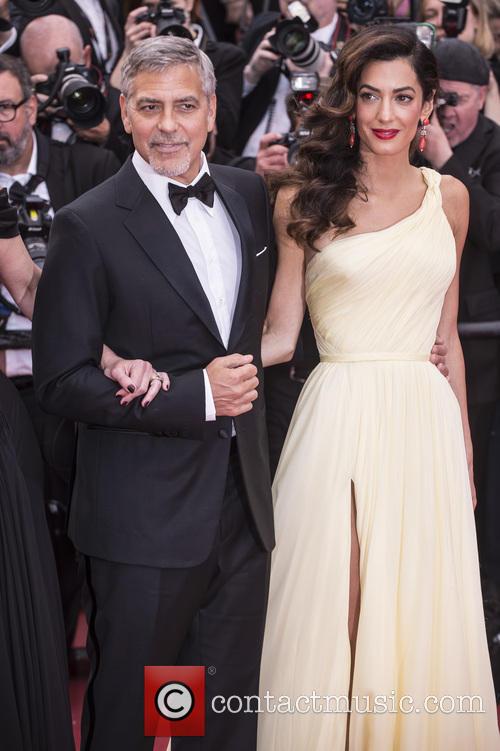 George Clooney is “excited” to welcome twins with wife Amal

Speaking on French program Rencontres de Cinema on Sunday, Clooney said: “We are really happy and really excited. It’s going to be an adventure. We’ve embraced it with arms wide open.”

When asked how his friends took the news, Clooney added: “There was like a table of eight guys and all their kids are away in college, and they’re all sitting there being very supportive, telling me it’s great and that I’m gonna love it.

“Then it got really quiet and they all just started making baby crying noises and the whole table just busted up laughing. It’s going to change a lot of things, but you know, that’s life.”

More: So Why Did Matt Damon Tell George Clooney To 'Shut Up' After He Revealed Baby News?

The actor also joked that he’s been looking at French star Jean-Paul Belmondo, who welcomed a child with wife Nathalie Tardivel in 2003 when he was 70-years-old, for inspiration.

"So, I'm feeling a little better about being 56 by the time [the twins come]," he joked. Last week Clooney’s mother Nina revealed to Vogue that the couple are expecting a boy and a girl.

"It will be one of each! Yes, a boy and a girl. That's what I've been told," she told the magazine. "How marvellous! My husband and I are extremely excited.”