George Clooney and Amal Alamuddin Have Tied The Knot!

After months of the media reporting every move to do with their wedding, George Clooney and his fiancée Amal Alamuddin have married in Venice, Italy. 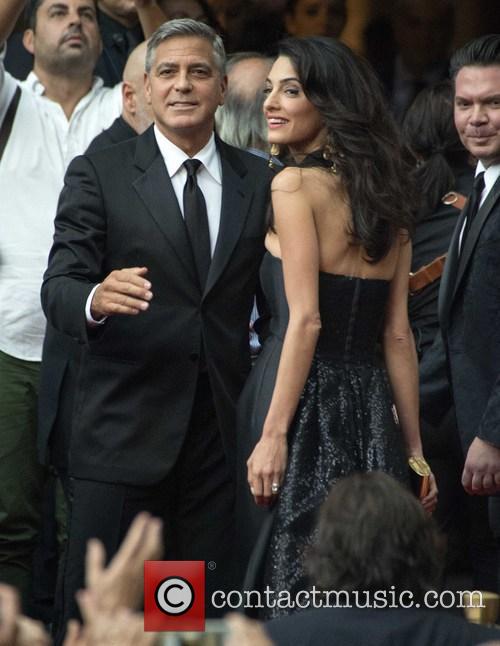 The happy couple pictured in Florence together earlier this month

According to The Telegraph, the couple were thought to be tying the knot on Monday, but in a statement released by Clooney's agent Stan Rosenfield it was confirmed that the wedding had already taken place. "George Clooney and Amal Alamuddin were married today (September 27) in a private ceremony in Venice, Italy." said Rosenfield's statement.

More: George Clooney Set To Receive The Cecil B. DeMille Award at The 2015 Golden Globe Awards

The couple have been causing a stir in the beautiful Italian city, having held their seperate stag and hen do celebrations on Friday night. Photos published all over the papers showed Clooney enjoying a meal with close friends, including Cindy Crawford's husband Rande Gerber, who is reported to also have been on best man duty. He left a note behind at Da Ivo restaurant (a frequent haunt) which the owner has now proudly displayed in the window. Meanwhile Alamuddin celebrated in a different part of the city with her sister, mother, and a group of close friends. The following morning Clooney was pictured walking around the city with Gerber, joined this time by his wife.

Walter Veltroni, former mayor of Venice and a close friend of Clooney, performed the ceremony, which is believed to have been attended by a host of Clooney's celebrity pals including Brad Pitt and Angelina Jolie (who themselves tied the knot in France last month), Matt Damon, Sandra Bullock, and Vogue editor-in-chief Anna Wintour. It has also been reported that Vogue has secured the rights to photos of the couple's nuptials, having donated a fee to charity in return.