George Clooney and fiancee Amal Alamuddin celebrated their engagement at a star-studded party in Malibu on Sunday.

It’s the engagement party that the world never thought would happen. George Clooney and human rights lawyer Amal Alamuddin celebrated their surprise engagement on Sunday at a star-studded shindig in Malibu. The couple announced their engagement last month and Amaluddin has since been sporting seven-carat diamond and platinum engagement ring. Clooney was said to have helped design the ring, which his wife-to-be was showing off to all of the guests at the party. We don’t blame her! Just a subtle little seven-carat sparkler then to celebrate their love… 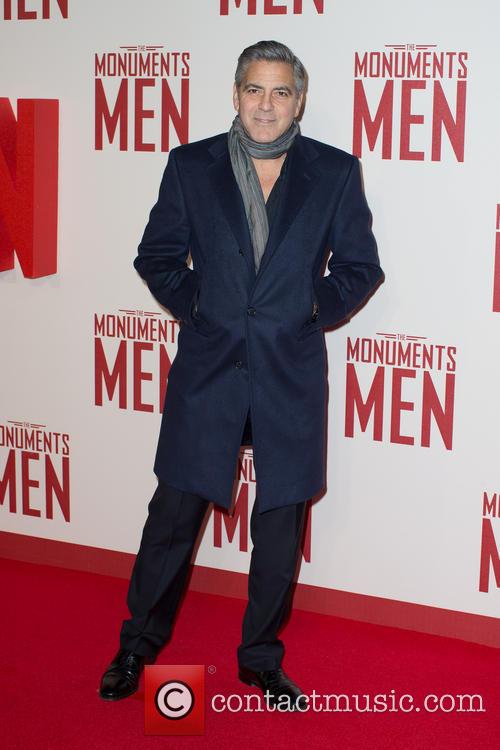 George Clooney, the perpetual bachelor, celebrated his engagement on Sunday in Malibu

Clooney and Alamuddin invited their nearest and dearest, who just happen to include supermodel Cindy Crawford and U2 rockers Bono and the Edge. The do took place at impresario Rande Gerber’s exclusive restaurant, Cafe Habana, and it was reported that Clooney was doling out some serious PDA to his future wife. Looking laid back and relaxed, the couple enjoyed the attention lavished on them by well wishers.

For the engagement toast, Clooney and Alamuddin shunned the traditional champagne, opting for tequila. Perhaps the pair got a taste for the liquor on their recent trip to Mexico where they attended the wedding of a friend. Throughout the rest of the party they sipped at wine, while a source says that “George and his fiancee were all over each other…Lots of hugging.” Sorry to say it, women of the world, but it sounds like Clooney is pretty smitten.

Clooney and Alamuddin were first spotted together in October, spending time together in London where Alamuddin is based. It was reported that the Gravity star fell head over heels for Alamuddin, who was once an advisor to the king of Bahrain. A friend of Clooney told People magazine that the lawyer as the actor’s perfect woman, “He has found someone who is as smart as he is and who is her own independent woman. Amal seems to be the best fit for him he’s ever had.” Well, it’s certainly lucky that he’s finally found someone that he wants to settle down with, although at 53 he’s a pretty late starter. 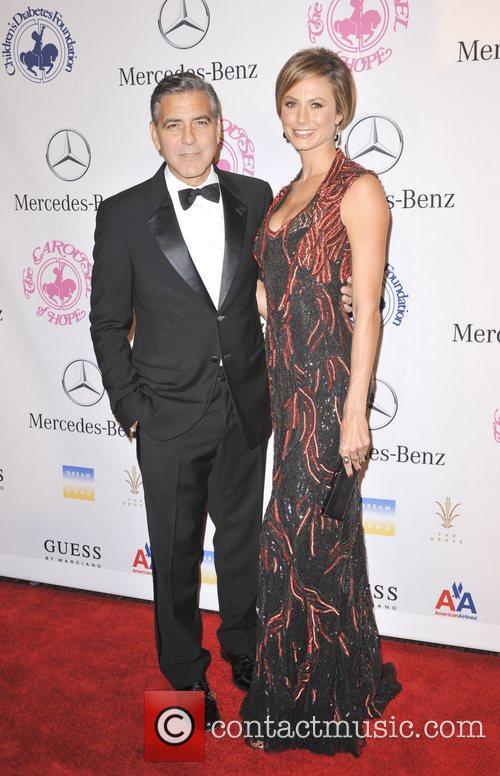 Before his engagement to Amal Alamuddin, Clooney has been involved with Stacey Keibler

Although he’s famous for his womanising, Clooney has been married once before. Between 1989 and 1993 he was married to actress Talia Balsam, although the pair split, with Clooney later telling magazine Vanity Fair, “I…wasn’t someone who should have been married at that point.”  If we looked like George Clooney we’d probably play the field a little bit too.

As the engagement party wound down, the future Mr and Mrs Clooney left in a limo, clutching flowers and gifts, which were probably worth more than most people make in a year.