While filming a torture scene in 2005's 'Syriana', George Clooney accidentally cracked his head open, leading to a mystery as to what damage had been done, and a huge amount of medication, therapy and pain. 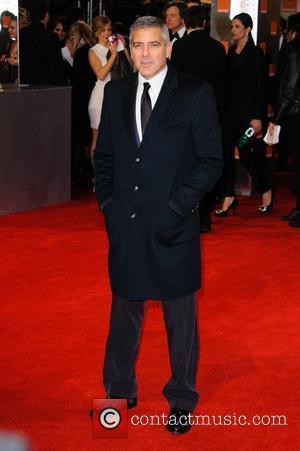 Movie superstar George Clooney has revealed the shocking truth about the injury he received on the set of 2005's 'Syriana', in which he cracked his head open while filming a torture scene. Furthermore, he has explained that it took doctors weeks to figure out what had happened to him in the accident. Relief only came after his actress friend, Lisa Kudrow, referred him onto her neurologist brother, who noticed fluid leaking from Clooney's spine, and realised that the condition was more serious than anyone had thought until that point.

Clooney revealed his pain to 'The Hollywood Reporter', explaining: "We started doing these things called myelograms, where they shoot contrast into your system and you can see what's leaking out. I had a two-and-a-half-inch tear in the middle of my back and a half-inch tear in my neck. The doctors did these blood patches, where they tie you down to a bed, and you're awake because they have a long needle and need to know if they're touching your spinal cord, and they take blood out and shoot it directly into your spinal column to try to get the blood to coagulate in those spots. I did about 15 of those over 15 days. It's like getting a spinal tap every day, and you're awake... I thought I was going to die."

Clooney revealed that he was forced to take strong pain medication as part of a long line of surgery session, prescribed to him on Christmas Day, 2005. He discussed it, saying: "They'll hand you a giant tub of Vicodin, which is not a good drug for me; I had a lot of stomach pain and I really didn't like the high it gave me. Then there were other drugs. I was on morphine for a while, which created this horrible anxiety where I really thought I was in trouble."

He finally turned to therapy, explained as: "I went to a pain-management guy whose idea was, 'You can't mourn for how you used to feel, because you're never going to feel that way again'." He continues to describe how he has come to live with the pain, confessing: "I've gone from where I can't function... to, 'I've got a bad headache'... My ears will literally pop and my head goes apes**t. But I'm scrappy."