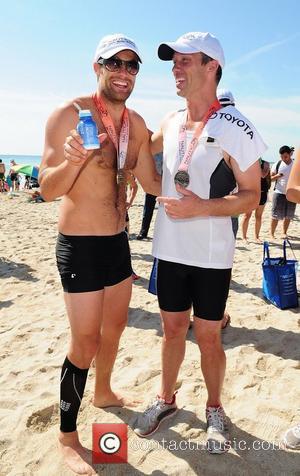 Actor Geoff Stults has urged his fans to donate to a disaster fund to help victims of recent wildfires in Colorado, after his parents' home was saved by volunteer firefighters.
The former 7th Heaven star was raised in the state, where thousands were forced to flee last week (ends01Jul12) after flames broke out.
Stults' relatives were caught up in the drama, and the actor reveals their family home in Waldo Canyon was only saved by the goodwill of firefighters who offered up their services for free - and now he's calling on his fans to help boost the Red Cross aid fund.
In a series of posts on his Twitter.com page, he writes, "Thanks for the well wishes. My parents home was miraculously saved but there are many who weren't. Please donate through the Red Cross!
"Fire came within 20 feet of (my) parents' house. Fireman worked their a**es off to save it. A volunteer fire department... waldo canyon fire."