Gene Simmons, Brian May And Dave Mustaine Were Among The Big Winners At The Metal Hammer Golden Gods Awards In London On Monday (15jun15). 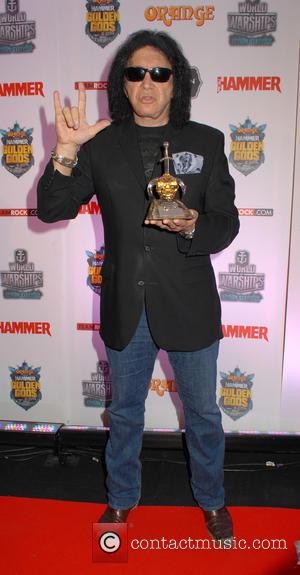 The KISS veteran was awarded the Legend title at the prizegiving, held at London's IndigO2 venue, while Queen guitarist May was handed the Riff Lord prize and Megadeth frontman Mustaine won the ceremony's most coveted award, the Golden God.

Mustaine took a 'selfie' picture with the audience from the stage and uploaded it to Twitter.com, adding, "Thanks to @MetalHammer for such a great night! I am still smiling and so humbled..." while May took a picture with his award and wrote, "Thanks Metal Hammer for naming me Riff Lord, and for a great evening..."