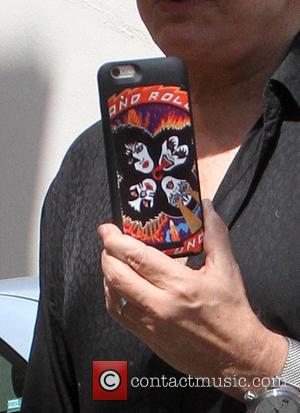 The veteran musician admits he was blindsided when cops descended on his mansion in Los Angeles last month (Aug15), but they assured the star they were not investigating him or his family members as they had ascertained all the residents of the house were away when the offence took place.

Simmons tells News.com.au, "We came back from hiking and there was a crack taskforce from the Beverly Hills and Los Angeles Police Department, and they asked for permission to come in and search our home, and we said, 'Sure, why not'. So they came in and searched all over the place, and then two or three hours later we all sat down.

Simmons goes on to insist he has no idea who could have accessed his home Internet, but he has now increased security so it cannot happen again.

He adds, "They're (the police) not sure (who did it). Because you can be right outside of somebody's home... and if you have the (network) information you can actually do stuff right outside the home, like on the street. I have no idea (who did it), I'm certainly the last person to understand that stuff. But they have to be in the area, either inside the home or one of the people coming to clean - we have people coming into the house all the time; food deliveries, workmen - or they were nearby... The FBI came and helped us put in a firewall, whatever the hell that is."