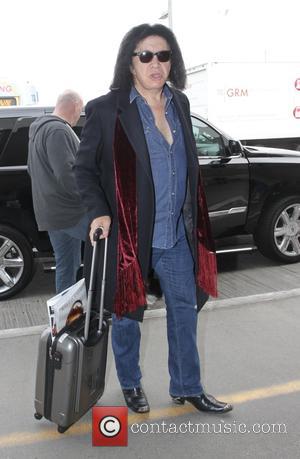 Lil Chris, real name Christopher James Hardman, died at his home in Lowestoft, England on Monday (23Mar15), it has been confirmed.

A spokesman for Suffolk Police says in a statement, "Police investigating the sudden death of a man in Lowestoft can confirm they are not treating it as suspicious. Officers received a call from the ambulance service... following a sudden death of a 24-year-old man. A post mortem examination is due to take place to establish the cause of death and a file will be passed to the coroner in due course and an inquest opened."

Hardman rose to fame at age of 15 in British reality series Rock School, in which Kiss star Simmons attempted to form a band with pupils in the Suffolk town.

He went on to release a string of pop hits, most notably Checkin' It Out, which reached the top three in the U.K. chart in 2006. He also starred in stage musical Loserville and appeared on a number of TV shows.

Harry Judd of British pop rock band McFly paid tribute on Twitter.com, writing, "Shocked and saddened to hear the news about Lil' Chris. He supported us a while back and was a little star and an awesome guy. #RIPChris."